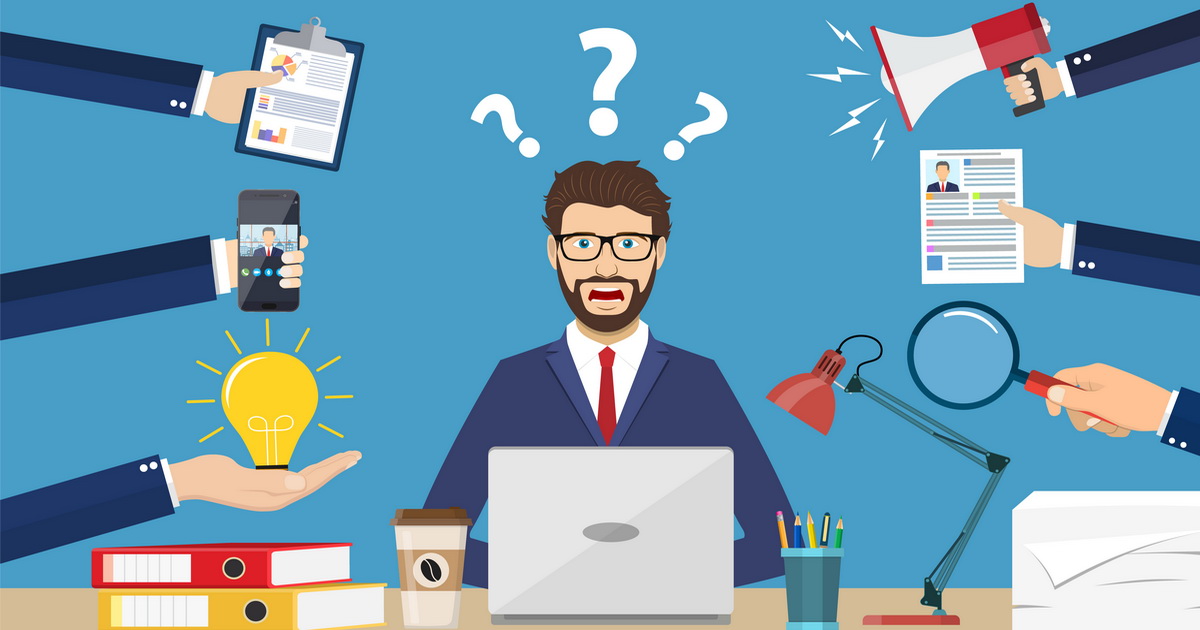 They praised the skill to complete several tasks simultaneously for a long time. An employer could not hire three different people but one so-called Julius Cesar to complete many tasks. However, the famous roman dictator could switch from one task to another very quickly. 98% of population are not able to be multitaskers at all. Let’s find out how multitasking affects health and if it is possible at all.

BUSY WITH OTHER TASKS? WE'VE GOT YOU COVERED!

Before we start, here are some interesting facts about multitasking:

What is multitasking and is it real?

Can we make their brains work in such a manner? Canadian psychology researches have performed a cycle of experiments to discover an ability to complete two logical tasks at the same time. Researchers discovered that a brain couldn’t work with both tasks simultaneously. It just switched from one task to another rapidly. With regular training, one can shrink the time needed to switch between the activities. However, there was no evidence of clear multitasking.

Researchers from INSERM institute of Paris researched the behaviour of prefrontal cortex during completing of one or several tasks and tests. When a human works with one task, both prefrontal cortex lobes participate. When there are two tasks, lobes divide them between each other. The most interesting thing happens when there are more than two tasks. The brain always forgets about one task, as there are only two cerebral hemispheres which perform a mental activity.

Are media multitaskers in danger?

Media multitasking (simultaneous use of several media devices) can change the structure of the brain. Researchers from the University of Sussex have conducted an experiment and tests. 75 volunteers took part. They went through magnetic resonance tomography of the brain and answered questions about using gadgets, TVs, and newspapers. In the report, the researchers highlighted that simultaneous usage of devices could affect the brain negatively, cause depression, and other emotional problems.

If you are a researcher as well and need to write a dissertation, you need to learn more about various methods and experiments. On the Internet, you can find some good materials about the proper methodology to apply to your dissertation.

Nowadays students do not mind leaving the computer while watching a TV. This phenomenon (it is called second screening) can lay a negative influence upon our health. Researchers claim that fans of media multitasking suffer from a decreased density of grey matter neurons. They claim it is important to understand that the way media multitaskers use their gadgets can change the way they think.

During tests over 178 million people in the USA show an addiction to the second screening. Psychophysiological researchers consider this problem a new behavioral problem. Thus the experiments have just started, and the conclusions are controversial. A modern tendency scares many researchers. They suppose such addiction can turn into a new pattern, much more difficult to disappear.

Patients with a bright multitasking ability fail the attention focusing tests. Even in the mildest conditions, multitaskers are 8~10% worse than normal people. Some multitaskers show the degradation of working memory. They do not try to memorize a phone number but write it down immediately. Diversional factors start being a big problem and spoil the work activities.

A myth about multitasking at work

There is an interesting fact: the problem of multitaskers and the term itself appeared in the 1960s, at the same time with the first computers. Honestly, the term ‘multitasking’ was a part of computer terminology. Since that time, multitasking have been turning into a trend and a ‘useful’ resume item.

Multitaskers became popular among managers and HRs. However, our brain is not capable of simultaneous actions. As already mentioned Canadian university research states, everything is stuck into the familiar speed of switching. Psychology researchers have even created the term ‘attention switch value’. It implies decreasing in performance at work caused by the rapid change of activities.

According to research conducted in 2003, an average clerk checks email every five minutes. After this action, he/she needs 64 seconds on average to get back to work. Only because of this email issue workers waste every sixth minute of work time.

Besides the above-mentioned brain degradation, there are some more demerits of being a multitasker:

Sometimes multitasking is reasonable and useful:

Media multitasking: How to start changing?

If you do not want to face the problems caused by multitasking, here is some information about useful tricks and approaches that help stop being multitaskers:

All highlighted researchers assume that media multitasking affects mostly young generation. It is natural, as gadgets and project work are associated with millennials and students. With such an intensive schedule, students are forced to complete multiple assignments simultaneously and study. There is at least one way out for them. There is a site where students can order academic writing. It is a way to get rid of some routine and complicated tasks. Have more free time for hobbies, leisure and rest, trusting your work to professionals.

GET HELP FROM A PROFESSIONAL!
Seeking professional writing guidance? – This is just the right place!
Get a price quote & proceed with your order!
Staying on this website means you agree with our Privacy Policy and the way we use them for your experience I AGREE